Take any house, big or small, and you will find a few similarities, such as lights and ceiling fans. The types and sizes may vary, but ceiling fans are an indispensable part of every household. However, there are many myths surrounding the usage and working of ceiling fans.

Many of these are so common that you might have believed in them till you read that they are a myth. Many of these myths impact how you use fans. They also influence many of the decisions you take while purchasing a ceiling fan online. Don’t let wrong notions misguide your quest for the best ceiling fans. Given below are common myths regarding ceiling fans and the truth about them.

You might have heard this one a million times. Since you feel cooler when you switch on the ceiling fan, it seems to be true. However, ceiling fans do not really make the room cooler.

Ceiling fans merely circulate the air in the room. When the breeze from the fan hits your skin, you feel cool. It has an evaporative effect on the sweat and offers immediate relief from the heat. This is why you feel like it cools the room.

However, the fan is an appliance that converts electrical energy into mechanical energy. The motor of the fans also produces some heat in the process. The blades send this heated air to the rest of the room.

If you live on the top floor of a building or sit in a room with sunlight hitting the roof directly, then the air near the ceiling will be hotter than the rest of the room. When you switch on the ceiling fan, it circulates this hot air throughout the room, thereby increasing the room’s temperature.

Another common myth surrounding fans is that it consumes more electricity when you use it at higher speeds. This is not the case always. The regulator controls the fan speed. There are two types of regulators.

The older version used different resistances for different speeds to create varying voltage drops. In this kind of regulator, the electricity consumption remains the same irrespective of the speed.

The newer models of regulators change the current to control the speed. In these regulators, electricity consumption does vary according to the speed.

The high-speed ceiling fans from Crompton, for instance, use the latest regulator model. Therefore, you can control electricity consumption by controlling the speed of the Crompton fans.

If you have ever stood under a small fan, then you know that it is practically useless. The air circulation is limited to the area just below the fan.

Fans with big blades in rooms that are small will have the opposite impact. It impedes the air circulation, and you end up feeling hotter. You need bigger blades when the room itself is more prominent so that the fan can push air to all corners.

If you want to get the best ceiling fans, then do not always go for the ones with bigger blades and take the size of the room into consideration.

The air conditioner is supposed to cool the room. Why would you want to switch on the fan along with the AC? Wouldn’t it lead to more energy consumption? This is the common refrain when someone sees AC and ceiling fans switched on at the same time.

However, ceiling fans can increase the efficacy of the AC. When you switch on the ceiling fan along with the AC, the fan circulates the cold air around the room. You will get respite from the heat and a cooling effect even after setting the AC at a higher temperature.

Since ceiling fans such as the high-speed ceiling fans from Crompton are highly efficient and consume less electricity, you will find that you are reducing your bill.

The ‘tak-tak’ sound of ceiling fans is so typical that it has become like white noise in many households. Many even find it hard to sleep without it.

However, fans do not have to be noisy. It is a myth that all fans make noise. A well-assembled high-speed ceiling fan such as the one from Crompton will not make much noise even while running at high-speeds. Your room can be just as quiet as it would be if you switch on the AC.

Get the Best Ceiling Fans For Your Home

Do not fall for the statement that ignorance is bliss. When it comes to buying ceiling fans online, an informed customer is a smart customer. Now that you know the truths about ceiling fans’ common myths, you buy your ceiling fan online with ease. All you need to consider are the ceiling fan price, size of the room vs size of the fan, the type of regulator, efficacy of the fan and colour of the fan. 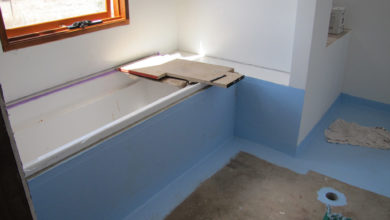 What are the Most Common Electrical Defaults?

How Tech Helps With House Contraction? 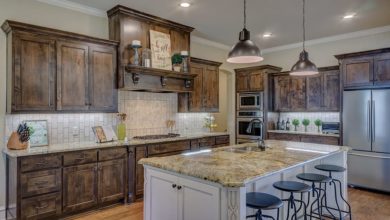 How Can Stone Kitchen Worktops Work For You?